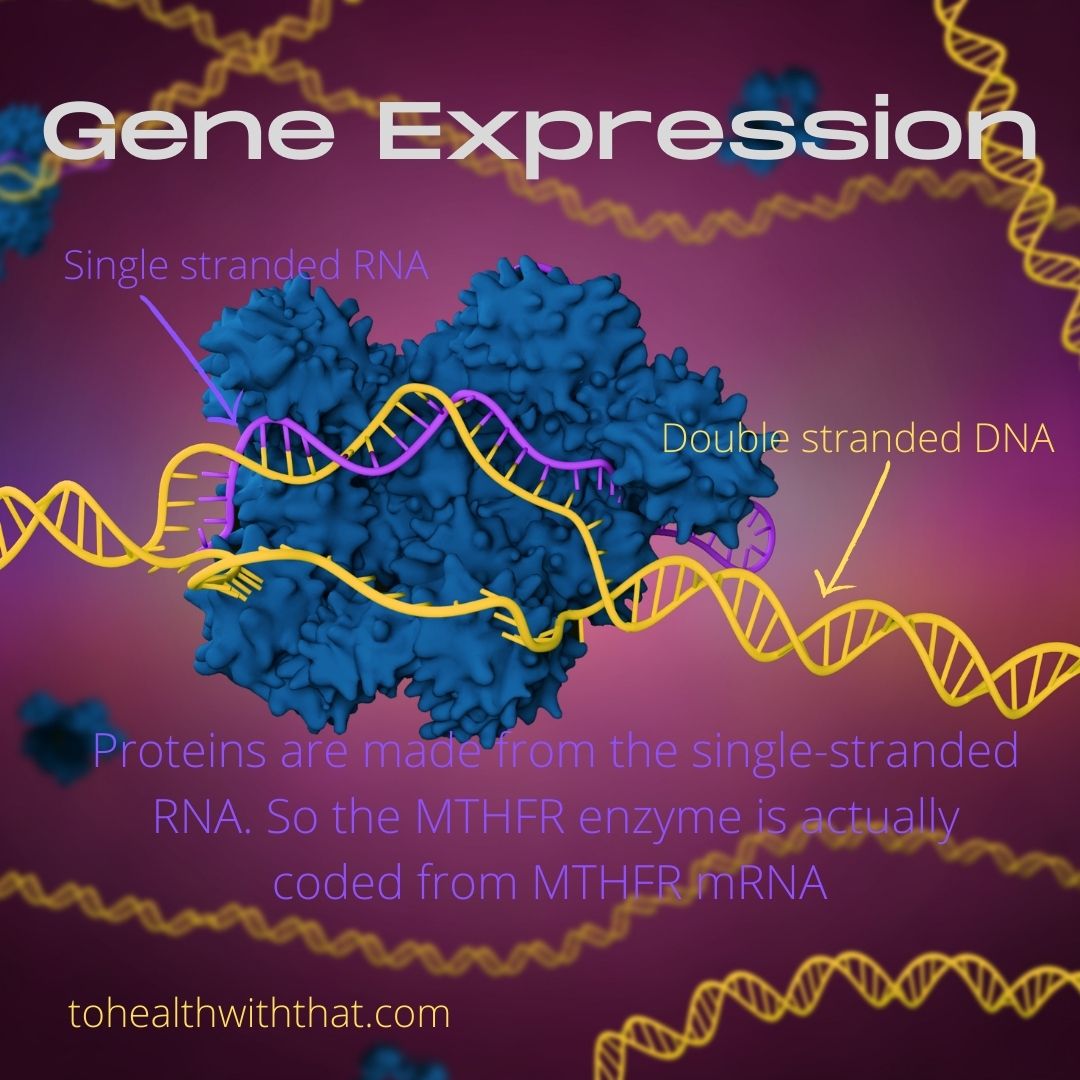 Fish oil, which we talked about last week as well, continues to be a big deal for people with the MTHFR mutation. Today, I want to discuss a couple of studies about gene expression, fish oil, and MTHFR, but first I want to make sure everybody understands the basics of gene expression.

When your body makes something out of your genes, it doesn’t just read the DNA and make a protein. There is more to it than that. The process, however, can be broken down into two big chunks – bear in mind that there is far more to it than this as well, but this will help you to understand the research we’re going to talk about..

mRNA is genetic material just like DNA, but the difference is that while DNA might be the ultimate blueprint, it is also giant, double-stranded, and not easy to work with. RNA of all types, including messenger RNA, is single-stranded and generally transcribed from the master DNA. It is created in small segments and is the signal needed for your body to actually build proteins.

What this means is that mRNA is a good marker, in research, specifically this research about fish oil and MTHFR, for the action of the MTHFR gene and one of the only ways we can measure when the gene is acting.

Gene expression in the homocysteine cycle with Fish Oil and MTHFR

Last week we mentioned that levels of fish oil and homocysteine were linked – the higher the fish oil intake for the person studied, the lower homocysteine levels became. Let’s expand on that.

This study, published in Nutrition Journal, looks at the gene expression, meaning the mRNA levels for different enzymes along the homocysteine pathway. This includes MTHFR, but also other enzymes including MAT, CSE, SAHH, CBS, and MTR. See the diagram to place each enzyme within the pathways for recycling and converting homocysteine.

Human liver cells were treated with either decosahexaenoic acid, DHA, eicosapentaenoic acid, EPA, or alpha-linolenic acid, ALA for 48 hours. A control group with no treatment was also kept for 48 hours and then studied. After that time, mRNA levels were measured from each enzyme in question. It was found that:

This study is remarkable because it shows that the action of MTHFR can be influenced with something as simple as fish oil. The next study is even more remarkable.

Methylation is one of the primary drivers of a person’s epigenetic state, and some of the most important methylation happens during gestation, so research involving this period is especially important. This particular study, published in Biomedical Research International, was conducted on rats.

Because previous research has shown that nutritional changes in the mother affect both poly-unsaturated fatty acid metabolism and global methylation in the placenta. This study theorized that the changes are due to some regulation of the maternal enzymes in the methylation cycle by dietary nutrients.

In an effort to not bore your pants off, I’ll get to the relevant details about MTHFR.

This tracks with what we know about folic acid’s double-edged effect on the MTHFR enzyme. A small to normal amount is good (and far better than no folate intake) but too much inhibits the MTHFR enzyme

My theory about this is that glutathione manufacture is more difficult in the presence of imbalanced folate or B12, but that it increases in the most imbalanced group, which is excess folic acid and deficient B12, in an effort by the body to protect itself with glutathione buffers against increased oxidative stress.

Phospholipid levels tested higher in both B12 deficient groups compared to the control group. In both of those groups omega-3 supplementation reduced them.

This study is so remarkable because we’re looking at the time period when epigenetic is at it’s most potent and when the protective effects of omega-3 fatty acids could potentially alter the course of these pregnancies. While placental levels are being measured, these changes may have an impact for the developing fetus as well. This means that even in the presence of a somewhat unbalanced diet leading to unbalanced methylation, omega-3 fatty acids offer a regulating effect and may mitigate some of the worst of the consequences of the unbalanced diet.