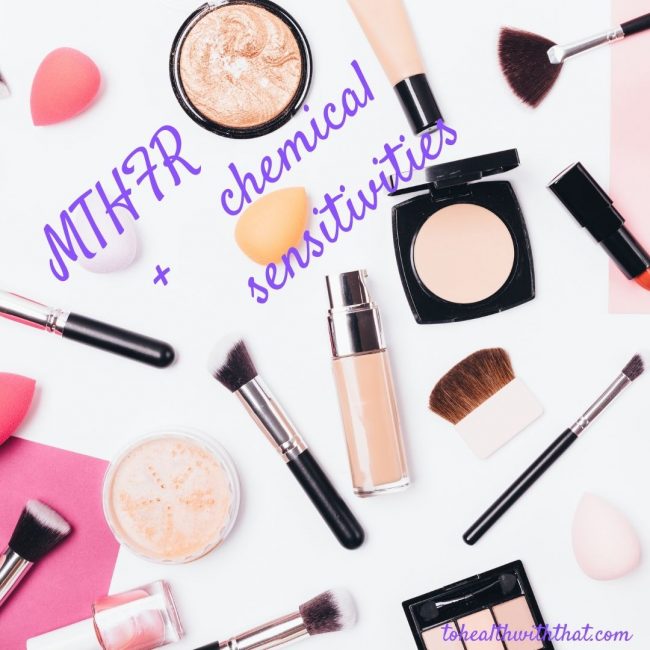 MTHFR and Allergies or Sensitivities – We’ve All Got Them.

MTHFR and sensitivities are intimately linked and for better or for worse, this is part of the MTHFR experience that makes having an MTHFR community so important. Let’s face it – we need someone to talk to who also can’t use normal face cream and can’t eat wheat without feeling like we’re insane. Sensitivities come in four flavors and we’re only beginning to understand why.

Allergies and atopic illness in general (this includes asthma, migraines, skin sensitivities, interstitial cystitis, and any other condition that is linked to over-responding to some irritant) are a huge problem for MTHFR folks. The reasons are multifaceted, but mostly, it centers around histamine. Histamine is the main mediator of conventional allergic reactions. There are a few concrete links, and also some logical connections.

Food sensitivities have been increasing in the last few years – hence the rise of the “gluten free” industry and the implementation of food allergy labeling. Nobody really knows why this problem has become so pervasive, although I’ve heard theories about vaccine ingredients, genetic modification and selective breeding of crops, and gut bacteria. More than likely, the truth is some combination of all of those things. One other factor exists, and that is, of course, genetics. Food sensitivities certainly seem more common within the MTHFR community, and much of that could be attributed to the histamine problem. Also, because of the tendency toward higher resting histamine, there is also a tendency toward something called “histamine intolerance” within the MTHFR community.

Histamine intolerance shows up as food sensitivities in combination with a host of other issues (we’ll go over it in a whole post because it’s too much to condense here) and can be treated with a low-histamine diet that is absolutely life-changing for some people.

Histamine intolerance or no, food sensitivity elimination is crucial for MTHFR folks and for many of us, will knock a big chunk of symptoms out even before we’ve got our methylation balanced. For me, eliminating wheat and gluten from my life has been life changing.

Chemical sensitivities can be seen as a combination of allergic issues related to high histamine, and detox issues related to the toxin buildup that can happen with MTHFR because we have a hard time methylating. This toxic buildup isn’t just with toxins that need to be methylated because as the system becomes overburdened and overloaded, all other detoxification pathways are slowed as well. In general, to have a good MTHFR lifestyle it is important to limit chemical exposure to every degree possible so that you can reduce the burden on your system.

To put a general disclaimer out there – this comes entirely from my own clinical observations and hasn’t been seen in research (although, to be fair, this isn’t the type of topic that is often researched anyway because who would profit from it?)

I have seen a clinical correlation between MTHFR mutations and emotional sensitivity and I don’t mean delicate-flower-not-coping with real emotions, sensitivity, I mean actual sensitivity to emotions in oneself and in other people. I would call it a higher level of emotional awareness. In people on the autistic spectrum this might mean feeling the emotions in the room as physical sensations or finding other people’s emotions so distracting that they almost overwhelm that person’s own internal state. In lesser forms, it might just be a heightened awareness of internal or external emotional states that van impact mood and also decision making.

This is a trait that I see over and over again in my MTHFR community and I find it to be such a double-edged sword. On one hand, higher awareness of emotions allows for greater empathy, greater emotional intelligence and greater performance in relationships. On the other, it can come with the fallout of increased moodiness, greater tendency toward overwhelm, and greater need for buffer time between interactions with people and the outside world.

It isn’t something I have a solution for, outside of implementing more careful self-care, as I have done in my life, but it is a situation I want to bring awareness to and get people talking about. I do think this is a strength as much as it’s a weakness, if we understand how to harness it.